A Taste of Formaglini Vineyards 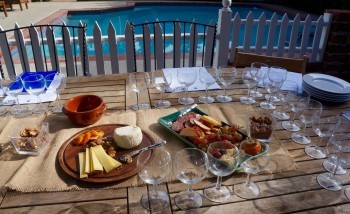 It’s hard to imagine a more idyllic day in Southern California than one we spent recently in the backyard of a premier winegrower. With fellow wine writers from the International Food, Wine and Travel Writers Association, we tasted elegant wines produced and poured by our host. The weather was balmy and the company congenial. And then there was the exquisite French cheese. Days like this convince me (as if I need convincing) that writing about wine is a splendid endeavor.

Our hosts were David de Lancellotti, owner and founder of Willamette Valley’s Formaglini Vineyards and his wife, Anya. Since David had arrived home from Paris just the night before (with our precious cheese), we were fortunate that he was willing to charge through his jet lag and graciously host us at his historic Flora Park home in Santa Ana. His passion about wine and, of course, Formaglini wine in particular, was contagious.

Winegrowing runs deep in his family’s Italian veins and David is dedicated to his heritage. David represents the 4th generation of his family devoted to growing grapes. In nurturing his vineyards, David combines Old World techniques employed by his ancestors with modern approaches.  And he is raising his children to carry the torch too.

He says, “I was drawn to providing a legacy connecting my past to the future.” He hopes winegrowing will tie his children to their own heritage.  Formaglini is the surname of David’s paternal grandmother who lived south of Bologna in La Quercia, which translates to “oak leaf.” (You’ll note an oak leaf in the vineyard’s logo.)

After visiting the Montalcino area of Tuscany in the early 1990s, David’s own passion for producing Italian styled wines was ignited. He was particularly interested in creating nicely balanced wines such as those he found in Italy. He chose the Willamette Valley in Oregon for his vineyards since the region has a terroir that closely mirrors the soil and growing conditions he found in Italy. He says he chose to make Pinot Noir because he loves wines “that balance minerality with tannins and acid qualities with rich texture.” David calls himself a “winegrower” because his focus is on his vineyards where all good wines begin. 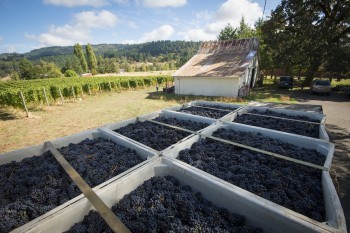 David originally planted four clones of Pinot Noir. He now also grows small plots of Chardonnay and Lagrein.  Since planting his first vineyard in 2007, David has focused on a biodynamic approach to grape-growing, which means he considers all the ecological factors that affect growing grapes, including the soil, the plants, and the weather, and also the spiritual forces of the universe as they change from day to day. He believes grapes have distinct tastes based on the signs of the moon so he makes sure to harvest on “fruit days.” (More information on biodynamic growing can be found on this website:  http://www.rhythmofnature.net/biodynamic-calendar) 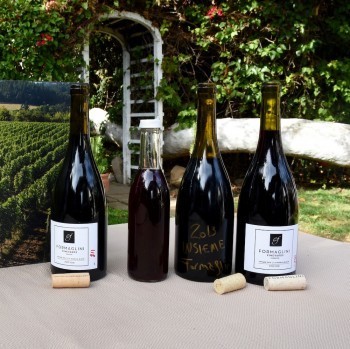 Our tasting began with two lovely wines from Italy that David generously shared with us. David and Anya also served delectable platters of cheese (including that special triple crème from France), fruit, meats, chocolate and nuts that were perfect for nibbling during our tasting. We appreciated how these treats were enhanced by the wines and vice-versa.

We then progressed to tasting four wonderful Formaglini Pinot Noirs, all produced from grapes nourished on the winery’s La Quercia Block, which is a four-acre, slopping vineyard sitting high on a hill in the heart of Willamette Valley. The enthralling aromas and flavors of these wines still linger with me.

The 2012 Pinot Noir, La Quercia Block, represents Formaglini’s first vintage and is deeply fruity. Aged for ten months in French oak, this wine is full of cherry aromas and rich blackberry on the palate along with subtle herbal and dried floral tastes, followed by a lingering, elegant finish. David was so pleased with this vintage (as we all were) that he compares all subsequent vintages to this stellar wine. This wine was released in 2014 and 100 cases sold out in 90 days. 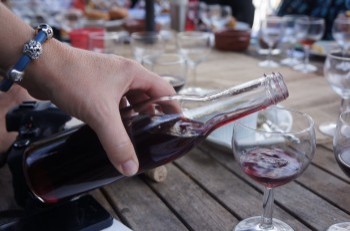 Next we tasted a barrel sample from the 2014 Pinot Noir, La Quercia Block, which will be bottled in the summer of 2016. I loved its bright cherry and succulent raspberry tastes and earthy overtones. It is a lighter, more delicate Pinot that will be a great summer sipper on a hot day. David predicts this luscious wine will sell for about $45 a bottle.

Then we savored a truly unique wine that has just been bottled— 2013 Insieme Cuvee, La Quercia and Verrazano Blocks. This dark deep red wine is a blend of 75 percent Pinot Noir and 25 percent Lagrein. Its richness and intense berry flavors make it perfect for pairing with red meat and chocolate, but it was also enhanced by the sugar cookies we were tasting. 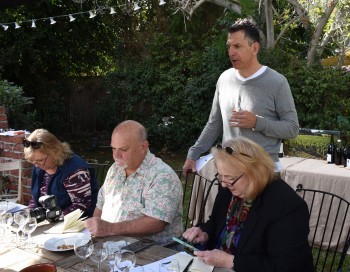 Our final taste was of the delicious 2013 Pinot Noir, La Quercia Block. Deep reddish purple in color, this wine’s bouquet was enveloped in cherry aromas and its taste was also full of rich black cherries with hints of orange-infused spices and herbs. This wine is now available for $45 per bottle. 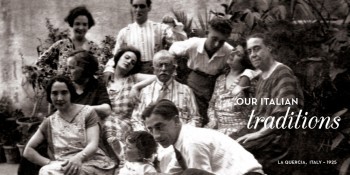 Vintage photo to the right is of David de Lancellotti's Italian family in 1925.