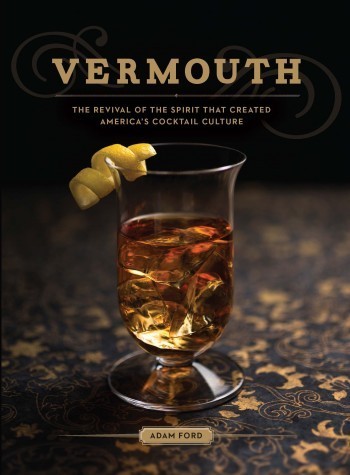 Adam Ford, a lawyer who founded Atsby New York Vermouth, fell passionately in love with vermouth while hiking with his wife, Glynis, over glaciers in the Italian Alps. Their seminal experience occurred while taking a hiking interlude in Courmayeur, a town in the Aosta Valley of Italy.  As they had dinner, they noticed many of the patrons drinking vermouth and decided that when in Rome, or in this case, when in Courmayeur, to follow suit.  Thus began an appreciation and devotion to this aromatized wine that is more than evident in Ford’s excellent book, Vermouth:  The Revival of the Spirit that Created America’s Cocktail Culture.

Published by Countryman Press and retailing at $24.95, this beautifully photographed book with a distinguished gold and black cover, is divided into four informative sections:  the origins of aromatized, fortified wine (vermouth), its past, and its present popularity, and an array of tantalizing vermouth cocktail recipes.

The author treats us to the interesting history of vermouth, with claims that vermouth is the oldest known alcoholic beverage.  Artifacts from ancient China over 10,000 years ago have been analyzed and shown to have contained a fermented liquid with steeped extracts of herbs, spices, plant roots and bark.  Analysis of excavated Iranian pottery, dating back to over 7,000 years ago, has shown traces of wine infused with tree resin.  Hippocrates, the “father of medicine,” was credited with using herb-infused wine for medicinal purposes.

Vermouth’s popularity surged with the decrease in the cost of spices.  Once the Portuguese devised the eastern trade route through the Cape of Good Hope and the Spanish brought spices back from the New World, the Venetians no longer had a monopoly on the spice trade.  In the late 18th century, with abundant, low-cost spices, Antonio Benedetto Carpano of Turin, Italy, is credited with inventing a “secret recipe” of wine mixed with over 50 botanicals/spices and producing affordable “Wermut” for the masses.

The first Old Fashioned “Vermuth” Cocktail, published in Haney’s 1869 Stewart and Barkeeper’s Manual, consisted of vermouth, ice, and lemon peel.  The French Vermouth Cocktail added a couple of dashes of orange bitters.  Ford endorses the drink from the Bar Keeper’s Handbook (1884), which was originally called the Turf Cocktail. He describes his re-named Martini Reviver as “…a sublime experience.  Full bodied, floral, colorful amber!”  For one drink, he uses a 1:2 ratio of gin to vermouth:  1 oz. of gin and 2 oz. of vermouth are placed in a mixing glass with ice and stirred for about a minute.  The cocktail can be strained and served in a rocks glass or traditional cocktail glass.

Vermouth arrived on the American scene in the latter part of the 19th century.  It became the consummate ingredient in two cocktails: the Manhattan and the Martini.  But prohibition brought on bootlegged spirits, which curtailed the fine art of making cocktails.  The non-alcoholic version of Martini & Rossi’s Vermouth didn’t quite make the grade.  Americans welcomed back vermouth with the repeal of prohibition, using the classic 2:1 ratio of gin to vermouth in their martinis.  Production of vermouth took off in the United States with the end of prohibition and the equalization of taxes on imported and domesticated vermouth.

While the Martini and Manhattan cocktails were fashionable in the 1950s and early 1960s, as the baby boomers came of age, wine sales started to supplant cocktails (and fortified wine) as the drink of choice.  Ford laments that this dismissal of vermouth lasted for over thirty years.  Which then leads us to the subtitle of his book, The Revival of the Spirit that Created America’s Cocktail Culture.  According to Ford, there were several factors that led to a new appreciation of vermouth in the twenty-first century.  Along with the author’s own craft vermouth, Atsby, in New York, Vya and Sutton Cellars started production of vermouth in California; Imbue Cellars started production of vermouth in Oregon; and cocktail writer Paul Clarke published an article in Imbibe Magazine extolling the virtues of domestically produced vermouth.

After reading this book, you will undoubtedly have a new appreciation of vermouth and also a new understanding of the complexity and variety of the aromatics that can comprise a vermouth.

The following cocktails are just samples of the choice recipes you will find in this fascinating book, and you will want to add them to your cocktail repertoire: 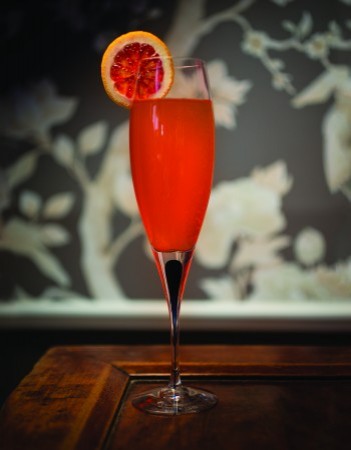 Shake all ingredients in a cocktail shaker and pour into a wine glass or champagne flute.  Then top with prosecco (or other sparkling wine) and garnish with a grapefruit slice or single red raspberry. (Note:  This is a great cocktail to serve for brunch.) 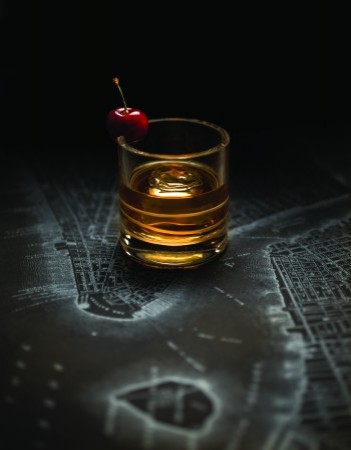 Pour all ingredients into a mixing glass and stir until cold.  Stir into a rocks or coupe glass, served up or over ice.  Garnish with a peach slice or orange peel.  (Note:  Armadillo Cake is an Atsby Vermouth that is not sweet.)

Recipes Reprinted with permission from Vermouth: The Revival of the Spirit that Created America’s Cocktail Culture by Adam Ford. The Countryman Press 2015.