Throughout the years, many accomplished artists have created some of their best work while they were Dorland Mountain Arts Colony residents. Dorland has provided the serenity and inspiration they needed to move forward with their work. Jane Culp is one of those artists. 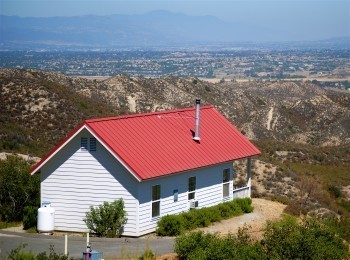 The Dorland Mountain Arts Colony is an artists’ retreat located on more than 300 acres of wooded, rolling hills above the Temecula Valley, about an hour from San Diego and two hours from Los Angeles. The land was purchased during the 1930s by Ellen and Robert Dorland, along with environmentalist Barbara Horton, who joined with the Dorlands to found the Arts Colony in 1979. Since then, the retreat has attracted visual artists, writers and musicians from all over the world.

Jane says, “Staying at Dorland over numerous residencies offered an emotionally supportive paradise where, immediately surrounded by the landscape and beauty, I could wake up to paint, contemplate, and understand more fully the Western landscape, as if we were one.”

Jane is well known throughout the country for her evocative Western landscapes in oil, charcoal and watercolor. Jane was a Dorland resident many times throughout the 90s and has also been involved with Dorland in other significant ways. She has been a caretaker, served on the Dorland Board of Directors, and made a sizeable donation to help the Colony recover from a devastating fire in 2004 that destroyed all the retreat’s buildings. 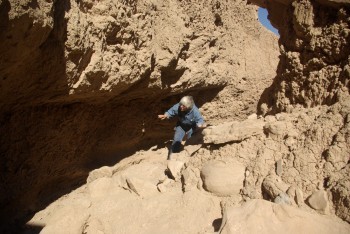 While a resident at Dorland, Jane explored the nearby Anza Borrego desert where she contemplated its beauty, which she depicted in her paintings.  In early 2000, after her husband, the New York painter and educator Louis Finkelstein, died, Jane bought property in the watershed mountains above the desert and built a studio much like the one she loved at Dorland. During the frigid New York winters, she continued to stay at the Colony and went to her studio to paint. After the 2004 Dorland fire, she built a small strawbale, off-grid cabin retreat on her property and finally moved to the desert full-time in 2009. 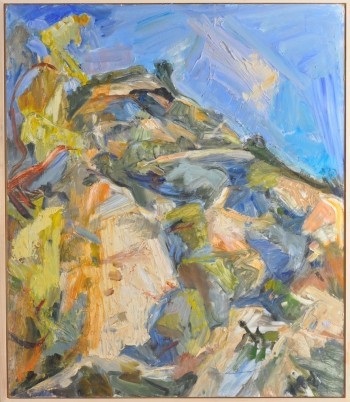 Jane Culp’s paintings have received national recognition throughout her career through many exhibits and publications. Nineteen of her recent Anza Borrego paintings comprised a recent exhibit called “Suspect Terrain,” at the John Davis Gallery in Hudson, New York.

She also had an exhibition last fall of “Earthquake County” paintings at the Bowery Gallery in New York City. These paintings focus on the fault lines of the Eastern Sierras.  In addition to her New York exhibits, she has painted and exhibited throughout Southern California and the Southwest. While she was the resident artist in the Yosemite and Joshua Tree National Parks, she produced work exhibited in solo shows in New York City at the Bowery Gallery and the Painting Center. These paintings are also part of the permanent museum collections in these parks and many of the paintings were included in the Yosemite section of the book, Art in the National Parks, which was published last year by Fresco Fine Arts. In addition, the Palm Springs Museum presented her work as part of a desert thematic show several years ago. 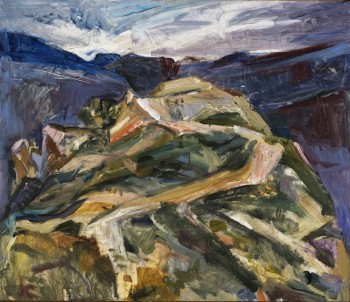 Throughout Jane’s career, reviewers have written glowingly and perceptively about her work. For example, Lance Esplund wrote in the Wall Street Journal about her Wilderness Work exhibit in 2010 at the Bowery Gallery:  “Ms. Culp arrives in these expressive oils, charcoals and watercolors, at a place of structural clarity and composure—while making palpable the rush she feels interacting with nature. Her pictures’ restless skies and stepped, sharply carved mountain peaks retain the vastness, monumentality and naturalism of their subjects. Yet ultimately she is painting not the landscape but the thrill of engagement.”

In a recent review (July 2014), John Goodrich wrote the following about an oil on board painting, Cathedral Rocks, Badlands, which was on exhibit at the John Davis Gallery: 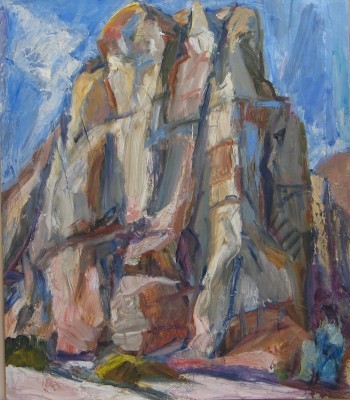 "Culp’s canvases catch the spectacle of these desert scenes without a trace of sentimentality. Working brusquely, with strokes that vary from thickly brushy to thin veils, she sizes up her subjects . . . conveying their character through pictorial vigor . . . Her colors capture the particular light of the desert, but at every step they convey masses, too: height, weight, shifting depths.”

When asked why she chose to paint the Southern California landscape, Jane expresses her feelings passionately and eloquently when she says, “I think my paintings tell why I love the experience of the Western landscape better than any words—the big open spaces, the crabby desperate vegetation, the life and drama of the clouds, the crunch of the gravel under my feet, the soft cool breezes after a rainstorm when the sweetbush fill the air with their perfume, the unkind but glorious light, the exposed process of changing earth.”

Jane’s impressive formal education includes a BFA from Washington University School of Fine Arts and an MFA from Yale School of Art. She also recalls how her grandmother started her drawing at the age of 4. However, she feels her real education as an artist comes through drawing directly from nature and being inspired by the masters—such as Cezanne, Soutine, and Tizian, who she loves and admires. She emphasizes, “I want to honor the tradition of painting by making paintings of the Western landscape, particularly the Southern California mountains and deserts. I have always felt that this dramatic landscape has yet to be painted well, and that’s my job.”

Jane is obviously doing her job very well.  If you are interested in viewing or purchasing Jane’s work go to her website:  www.janeculpart.com or contact her directly at culp99@hotmail.com.